WASHINGTON, Aug. 13, 2021 /PRNewswire/ — Today, the U.S. Conference of Mayors (USCM) announced that its 89th Annual Meeting will no longer take place in person as planned. The event had been scheduled for later this month in Austin, Texas, but the COVID-19 Delta variant and the public health situation in Texas and across the country will not allow the meeting to move forward. With this news, the U.S. Conference of Mayors released the following statements: 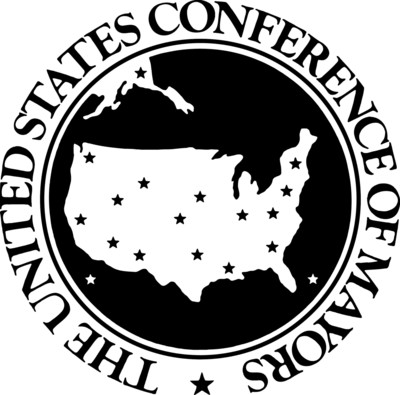 «The Annual Meeting is the biggest event of the year for this organization, but nothing is more important right now than public health,» said USCM President and Dayton Mayor Nan Whaley. «I am disappointed we won’t be able to gather in person this year to discuss the big challenges in this country, but I am immensely proud of the leadership that mayors everywhere are demonstrating. In particular, Austin Mayor Steve Adler continues to do everything he can to protect his city, and I applaud him for being the kind of leader that Texas needs right now. As we move forward and navigate these uncharted waters, the important work of the U.S. Conference of Mayors will continue.»

«It saddens me greatly that we will not be able to show off the great city of Austin to America’s mayors this year,» said Austin Mayor Steve Adler. «The most important thing we can all do at this moment is make the right individual decisions to keep our communities safe, and this is the necessary one for this event in Austin. We face a real public health crisis here right now, but the spirit of Austin is strong and with everyone working together we can defeat this virus and keep our economy moving.»

«The nation’s mayors have been on the frontlines of the fight against the coronavirus from the start,» said USCM CEO and Executive Director Tom Cochran, «and they continue to show the kind of leadership that is needed to end this pandemic. We had all been eager to gather in Austin to discuss important matters facing American cities, but I’m proud of the mayors for doing the right thing. A lot of work went into planning a safe meeting, and even though it will not happen as planned, we thank our mayors and private sector partners for staying with us and giving their continued support.»

NOTE: Additional information about virtual gatherings of the Conference will follow at a later date.

About the United States Conference of Mayors — The U.S. Conference of Mayors is the official nonpartisan organization of cities with populations of 30,000 or more. There are more than 1,400 such cities in the country today, and each city is represented in the Conference by its chief elected official, the mayor. Like us on Facebook or follow us on Twitter.