SEOUL, South Korea, Aug. 29, 2021 /PRNewswire/ — On the 20th, KGC announced the five functions of red ginsengs recognized by the Ministry of Food and Drug Safety of Korea. This announcement is meaningful in that the Ministry of Food and Drug Safety, which is making efforts to secure the safety and functionality of health functional foods, has officially recognized the efficacy of red ginsengs so that the public can confidently purchase health functional foods. 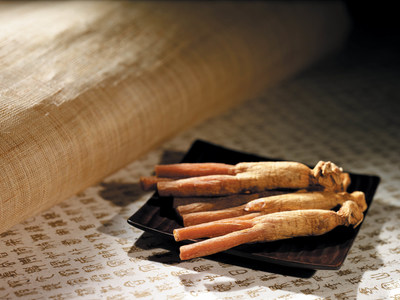 In particular, red ginseng is a root plant grown in the ground for 6 years, and unlike other agricultural products, it is a precious crop that requires the sincerity and effort of a cultivator. For this reason, red ginsengs have been sold at a high price since the past, and it has a very high value as a gift.

In Korea, red ginsengs are available in liquid form, capsule form, powder form, and round root, and are also sold as a favorite food such as candy, jelly, and tea. Office workers, students, and athletes consume red ginsengs to relieve fatigue, and children and the elderly consume red ginsengs to increase immunity. In particular, the number of consumers looking for red ginsengs in Korea is increasing significantly after the novel coronavirus infection that has been spread around the world since last year.

The reason why red ginseng has become a representative immune-enhancing health functional food in Korea can be found in research accumulated for a long time. In particular, the Ministry of Food and Drug Safety, a Korean national agency that manages the safety of medicines and foods, has officially recognized the five functions of red ginsengs: immunity enhancement, fatigue improvement, blood circulation improvement, memory improvement, and antioxidant action, and published a material about the five functions.

Immunity is the body’s defense system against attacking bacteria or viruses from the outside, and refers to the action of killing or incapacitating pathogens such as viruses when they attack the body. In other words, it means that, if your immune system is strong, you can overcome it even if you are exposed to harmful bacteria.

Professor Lee Dong-kwon of Sungkyunkwan University College of Pharmacy announced the efficacy of red ginsengs at the Asian Pharmacy Conference held in Ho Chi Minh City, Vietnam in July 2016 and said, «New viruses such as MERS, Zika virus, and SARS are emerging around the world, but viral diseases are like there is no cure, so it has become very important to strengthen the fundamental immunity on a daily basis.» He said, «Red ginsengs are effective in enhancing immunity by promoting macrophages that kill and eliminate viruses or cancer cells that have penetrated the body.»

Professor Lee said, «When a virus enters the body, it acts on the respiratory infection route (bronchial tubes, throat) and easily causes secondary bacterial infection. Pneumococcal bacteria cause pneumonia and, in severe cases, progress to sepsis or meningitis, which has a very high fatality rate.» «After administering 100 mg/kg of red ginseng concentrate to experimental mice for 15 days, when comparing the pneumococcal-infected red ginseng group with the control group administered with physiological saline, only 50% of the control group survived, while the red ginseng-treated group survived 100%.» He introduced that red ginsengs are effective in preventing pneumonia and sepsis by activating immune cells. In addition, it was announced that red ginsengs are effective in preventing swine flu as well as general flu and bird flu.

In addition, according to the research results of Professor Kang Sang-mu’s team at Georgia State University Department of Immunology about the survival rate of experimental mice infected with the H1N1 virus, the survival rate was 100% in the group that received both vaccination and red ginseng, 60% in the vaccine-only group and 40% in the saline-only group.

Red ginseng is known to be effective in improving fatigue, reducing stress, and stabilizing the mind. It is especially popular among modern people living under fatigue and stress.

The reason that physical fatigue occurs is that glycogen, which is an emergency energy stored in muscles and liver, depletes as the amount of exercise increases. Red ginsengs suppress the accumulation of lactic acid produced by excessive exercise in the muscles and improve fatigue by reducing free radicals that have harmful effects on the body. Eating red ginsengs improves the energy supply required during exercise, reduces fatigue and improves fatigue.

In addition, according to the reported study, red ginsengs have an anti-stress effect. When consuming ginsengs, the ability to resist stress was improved, as well as the intensity of stress was relieved and the resistance of our body was improved overall.

As such, red ginseng is a health functional food suitable for people whose immune system is weakened due to physical fatigue or stress.

Blood circulation is an important basic life activity for people, and interest in ginsengs is growing, especially as adult diseases and chronic diseases increase in recent years.

According to Professor Nakanishi’s team at Matsuyama Red Cross Hospital in Japan, when 31 men and women consumed red ginseng capsules, ginsengs suppressed platelet aggregation caused by various factors significantly. In addition, Dr. Matsuda found the effect of improving the hypercoagulation of the blood accompanying chronic inflammation, the proliferation of connective tissue in the blood vessel wall, and the inhibition of calcium leaked from bones and the accumulation of the leaked calcium in the blood vessels.

As research related to the red ginsengs’ effect of improving memory, there are researches conducted by Professor Kim Man-ho at Seoul National University College of Medicine and Professor David Ormonde Kennedy’s team at Northumbria University.

A team led by Professor Kim Man-ho of the Department of Neurology at Seoul National University investigated 98 patients with dementia and cognitive impairment (average age 67) consumed 4.5 to 9 g of red ginsengs per day for 12 weeks. The team published a paper that as a result of consuming ginsengs, the cognitive function was significantly improved in the red ginseng group compared to the placebo group.

Professor David Ormonde Kennedy’s team at the University of Northumbria in the UK studied 18 adults and the adults consumed 200 mg of red ginseng extract daily for 8 weeks. As a result of measuring working memory (3-BACK) and spatial task ability (Corsi-block) on the 1st, 29th, and 57th days of intake, the red ginseng group reported improved working memory and spatial working ability compared to the placebo group.

Anti-aging is a health trend that is attracting attention as human lifespan is extended. Recently, as red ginsengs receive individual recognition from the Ministry of Food and Drug Safety for its antioxidant function in line with this trend, interest in red ginsengs has increased.

It was discovered by Professor Lee Jong-ho’s team in the Department of Food and Nutrition at Yonsei University that red ginseng increases the activity of enzymes that remove free radicals, which are known to cause aging and cell damage, and helps improving DNA damage.

Prof. Lee’s team found that it reduced the DNA damage of lymphocytes and increased the activity of antioxidant enzymes (SOD, GPx and catalase, etc.) according to 69 healthy adults aged 20 to 65 years old who drink and smoke and consumed 3g or 6g of red ginseng powder per day for 8 weeks.

Free radicals are generated when the oxygen entering the body through respiration undergoes metabolic processes in the body or is generated by stress, ultraviolet rays, or bacterial penetration. Free radicals protect our body from bacteria and foreign substances when there is an appropriate amount, but when they occur too much, they indiscriminately attack normal cells and become the main culprit of various diseases and aging. Therefore, it is known that excessive free radicals in the body not only accelerate aging, but also cause diseases such as cardiovascular disease, cancer, and emphysema.

Ever Wondered How the Implementation of Cloud-based Corporate LMS can Impact the Corporate Learning Management System (LMS) Market?