GUATEMALA CITY, Aug. 3, 2021 /PRNewswire/ — A few weeks ago, Dionisio Gutiérrez, president of Fundación Libertad y Desarrollo, spoke with Álvaro Vargas Llosa, writer, journalist and member of the International Foundation for Freedom about his diagnosis for Latin America in this new electoral cycle. 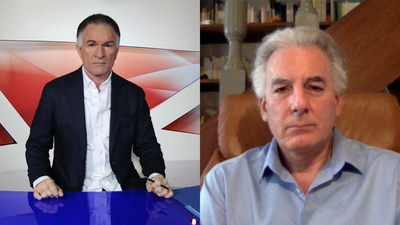 Gutiérrez began the meeting by stating: «Latin America has serious social and economic problems, but our real problem is political. It is our political underdevelopment that really keeps us poor and backward. The symptoms or causes of this underdevelopment are the lack of cultural evolution, the rooted corruption, the absence of institutions that offer the guarantees and certainties that are needed for development; those symptoms include absent-minded elites, absent citizens, and the participation of the worst in the highest politics institutions.»

Regarding the causes of underdevelopment in Latin America, Vargas Llosa added that: «There are historical and recent causes. We had a tragic 19th century where the opportunity to create republican systems was lost. We had another problem, which is the virus of populism in the 20th century, which aggravated this whole context. The precariousness of the institutions that we have inherited and the many opportunities that we have wasted in recent decades due to corruption, frivolity and short-term vision seem to have taken its toll». Later, the writer stated: «We have lost a lot of time, some of us insisted during the commodities bonanza that instead of living on tax revenues and exports, we should have made the institutional reforms that we needed. That is why we are talking about a wasted and perhaps lost decade».

Finally, Dionisio Gutiérrez concluded the meeting stating that the future of the region looks bleak: «Latin America lives trapped in the ideological pendulum that is driven by personal ambitions of caudillos, tyrants and cavemen. Freedom and democracy are not privileges, but they are responsibilities that must be respected, fulfilled and protected. They are the conditions to achieve development. Therefore, we must be aware that difficult years are coming for Latin America. With weak and dysfunctional states, the pandemic has accelerated our misfortunes and is serving as a platform for the populist insanity of the radical left, empowered by the corruption and incompetence of the right. Democracy and freedom are in danger and so is our future».

Gerdau Graphene Presents Its Chief Technology Officer (Europe And Asia), Based On Its R&D Center At The University of Manchester