«Suicide prevention is a top priority for Cohen Veterans Network,» said Cohen Veterans Network President and CEO Dr. Anthony Hassan. «The stigma associated with suicide and seeking help are significant barriers to treatment. With this survey, we wanted to address myths that exist around suicide and misconceptions that stand in the way of suicide intervention. Our goal is to help empower people to take action should they be concerned about someone they know.»

The survey of more than 2,000 U.S. adults conducted by The Harris Poll, offers an overview of Americans’ understanding of suicide prevention. Key findings along with comparative facts include:

«The idea of asking someone directly if they are thinking about taking their own life may seem counterintuitive for some,» said Hassan. «But we know that talking about suicide helps to reduce stigma and can create an opportunity for those struggling to seek help. We want to encourage people to #AskTheQuestion. It could help to save a life.»

The survey additionally looked at a number of common suicide myths. It found:

The survey also captured a snapshot of Americans’ perception of the veteran suicide crisis. It found:

«There is a veteran suicide crisis in our county with the veteran suicide rate at 1.5 times that of the general population,» said Cohen Veterans Network Vice President and suicide prevention expert Dr. Caitlin Thompson. «It is concerning that Americans, particularly those that are military-connected, believe it to be that much greater. This speaks to this misperception that exists that ‘all’ veterans are suicidal or damaged. But veterans need to know that suicide is not their inevitable fate. There are options and resources available to them to help them through times of crisis, as well as times that may lead to a crisis. Veterans who experience mental health challenges can and do go on to live healthy and happy lives.»

About the Survey
Cohen Veterans Network is committed to increasing access to mental health care services. America’s Mental Health Suicide Prevention Pulse Survey was conducted by The Harris Poll on behalf of  Cohen Veterans Network and included 2,063 American adults aged 18 or older who participated in an online survey between August 17 – 19, 2021. Results were weighted to Census targets for education, age/gender, race/ethnicity, region, household income, and propensity to be online were adjusted where necessary to bring them in line with their actual proportions in the population.

About Cohen Veterans Network
Cohen Veterans Network (CVN) is a 501(c)(3) national not-for-profit philanthropic organization for post-9/11 veterans, active duty service members and their families. CVN focuses on improving mental health outcomes, operating a network of outpatient mental health clinics in high-need communities, in which trained clinicians deliver holistic evidence-based care to treat mental health conditions. It was established in 2016 by philanthropist Steven A. Cohen with a commitment of $275 million to build the network. There are currently 19 Steven A. Cohen Military Family Clinics nationwide. 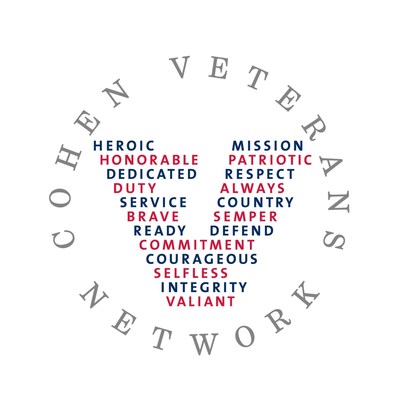