ANAHEIM, Calif., Aug. 26, 2021 /PRNewswire/ — Rebuild SoCal Partnership (RSCP) is pleased to announce that the City of Needles has received funding for a much-needed new well from the California State Water Resources Board (SWRCB). 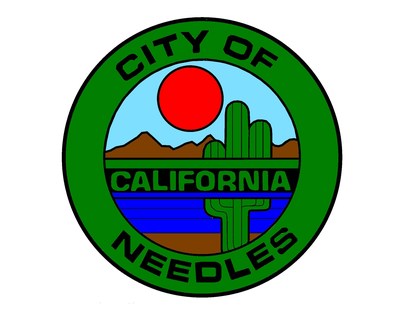 The City of Needles worst fears were realized In July when the only well that supplies the community with portable drinking water failed.  The city was able to identify the replacement part and repaired the well within 24 hours. The city relied on storage tanks during this outage to get through the day in temperatures exceeding 115 degrees. By the time the spare part was installed, and the well was returned to operations approximately 16 feet of water remained in the storage tanks. The city’s distribution system has over 200 leaks a year and they continue to increase.

The city of Needles has received $1.9 million from the State Water Resources Control Boards to fund a much-needed well to provide drinking water to Needles. The city has officially accepted these funds. On Monday, August 30th. Rebuild SoCal Staff will be on site to be on hand for the announcement as well as record a multi-episode version of the podcast and to produce a video.

An additional $1.1 million in funds has also been approved for a booster station. Though the city is grateful for this much needed funding, there is still much work to be done on behalf of its citizens.

«We are very pleased that our persistent efforts helped the City of Needles receive this much needed funding,» said Rebuild SoCal Partnership Executive Director, Jon Switalski. «Our belief is that water rights are at the heart of equity in California and that it is a human right.»

Current needs for the City of Needles include:

The fight in the City of Needles for water funding is gaining statewide publicity and was highlighted last month in a front-page article in the Los Angeles Times. A link to the article can be found here.

ABOUT THE CITY OF NEEDLES – Needles is a city in eastern San Bernardino County, California. It lies on the western banks of the Colorado River in the Mohave Valley subregion of the Mojave Desert, near the borders of Arizona and Nevada and roughly 110 miles (180 km) from the Las Vegas Strip.

It is the easternmost city of the Riverside-San Bernardino-Ontario metropolitan area. Needles is geographically isolated from other cities in the county. Barstow, the nearest city within the county, is separated from Needles by over 140 miles of desert and 2 mountain ranges.[5] The city is accessible via Interstate 40 and U.S. Route 95. The population was 4,844 at the 2010 census, up from 4,830 at the 2000 census.

Needles was named after «The Needles», a group of pinnacles in the Mohave Mountains on the Arizona side of the river to the south of the city. The large Mohave Native American community shares the nearby Fort Mojave Indian Reservation and the town. Needles is a gateway to the Mojave National Preserve.

ABOUT REBUILD SOCAL PARTNERSHIP – The Rebuild SoCal Partnership, (RSCP) is an organization that represents 2,750 construction firms and more than 90,000 union workers in all 12 Southern California counties. Based in Anaheim, California – RSCP is dedicated to working with elected officials and educating the public on the continued need for essential infrastructure funding including airports, bridges, ports, rail, roads, and water.

Rebuild SoCal Partnership is the producer of the Rebuild SoCal Zone Podcast which is available on Spotify, Apple Podcasts, and other platforms where podcasts are available.

To learn more about the RebuildSoCal Partnership please visit www.RebuildSoCal.org.